Much has changed in 30 years. The NCHS Class of 1977 were Seniors when the Vocational Complex was first completed. Several additions later, including relocation of the Middle School (called â€˜Junior Highâ€™ in 1977), the facility was nearly unrecognizable to those living outside of the County. Many took the opportunity to explore the old and new; taking family members on a scavenger-type hunt through the building with frequent shouts of, â€œHereâ€™s my old locker!â€ and â€œHey, where did the library go?â€ While many classmates still live locally, some came from as far away as Florida, Pennsylvania and Maryland for the event.

If you are a member of the 1977 Graduating Class and missed this reunion, mark your calendars for sometime in 2009 when this class of â€˜Governor Alumniâ€™ will turn 50 years old. This opportunity cannot pass unnoticed! To be included next time, contact Sue Woodson : sue.woodson@earthlink.net 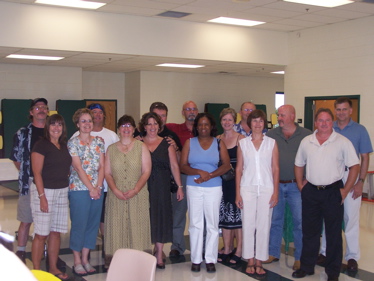 The NCHS Class 1977 gathered at the high school Saturday afternoon for their 30 year reunion. Shown here are approximately half of the 35 or so classmates in attendance. 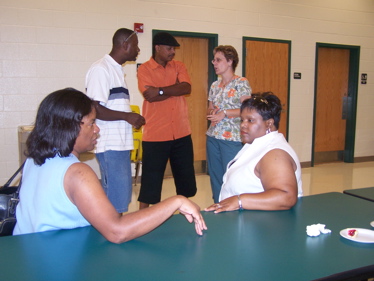 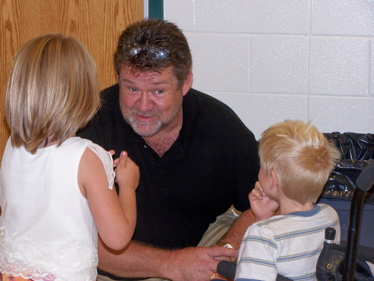 Randy Carter entertained and educated the next generation by sharing tales that started with, â€œOne time your daddy got in trouble in class because. . . .â€ (Shown here with the children of Preston Martin) 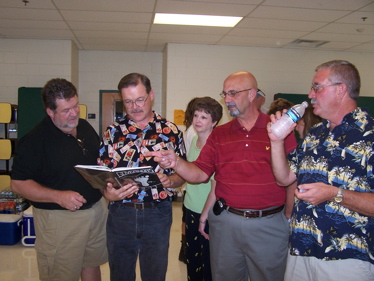 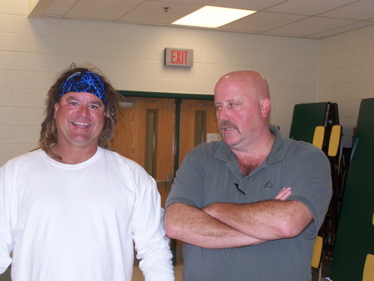 Some had more hair; some had less. Shown here are Burton Goodloe of Stuarts Draft & Danny Bonds of Amherst.