In yesterday’s weather we showed you the progress on Nelson County’s first micro brewery. The gang at Blue Mountain Brewery in Afton is making huge progress with a slated opening this fall. But WAIT! There’s more!

A couple of years ago we first told you about Steve Crandall, owner of Tectonics II, plans to open a similar micro brewery on the other end of 151 at 664 toward Wintergreen. Everyone is asking is that still happening. The answer is yes! Steve e-mailed us this morning with pictures of his tanks being removed in Japan. Once packed they will set sail for the U.S. then ultimately Beech Grove at his brewery to open in 2008. He still hasn’t officially named the brewery, but it will be located in the area between the Ski Barn and Glen Mary Village on 664. 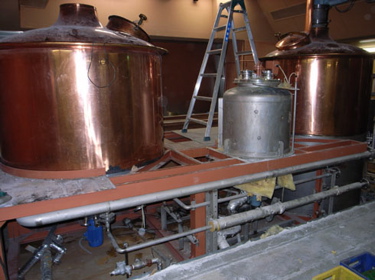 Above the tanks in the brew house in Japan. Steve tells us to get the tanks out of the brewery, some of the platforms had to be cut into pieces, they will be reassembled on this end once in Beech Grove. 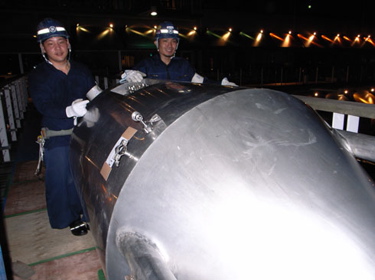 Here’s workers in Japan prepare one of the tanks to be hoisted. The tanks were taken out over a period of seven nights since it was in a large shopping complex. The workers were not allowed to work during daylight hours. 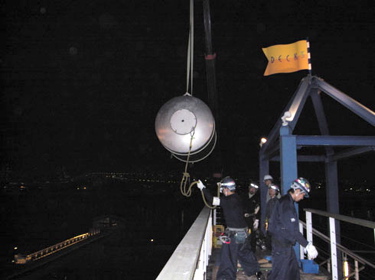 Here one of the tanks is hoisted into place for eventual shipping to Beech Grove in Nelson County! I’m getting thirsty already!!

We’ll keep you posted on the progress of Steve’s tanks, but it’s official, Nelson’s fabulous vineyards and wineries will get some company with the two breweries on the way!