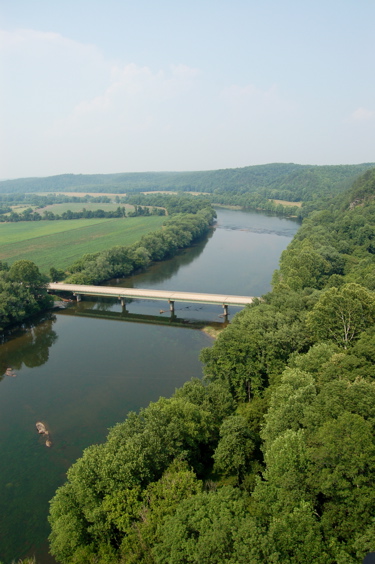 Tuesday was again a hot & humid day. Showers were less widespread, but a couple of very heavy storms got close near Sherando on the other side of the mountain. Here at NCL-Nelson County Life Magazine in Greenfield we picked up no rain yesterday. We reached a high Tuesday of a hot 94 degrees at 3:07 PM. On the mountain at NCL-Wintergreen Nature Fountadion @ Devil’s Knob, the rain gauge was empty on Tuesday while they reached a warm 84 degree high. At NCL-Tiger Fuel in Lovingston, they had an empty rain bucket as well with a Tuesday high 91 degrees late in the afternoon.

On the current surface map, the scenario is pretty much the same as it was for Tuesday’s weather. A Bermuda high stays in place shoving hot and humid conditions our way today.
Current-Sat Surface Map

*Tonight Mostly cloudy with thunderstorms until midnight, then patchy fog in areas that see rain.
*Lows valley 69 degrees.
*On the mountains overnight low of 71.
*Winds: SW 5-10

*In the extended outlook
Thursday Partly sunny with afternoon thunderstorms, a chance of a severe weather outbreak is possible Thursday evening. High 93 valley – 79 on mountains.
Friday Mostly cloudy with showers & thunderstorms. Highs 83 valley around 72 mountains. Overnight lows generally in the 60’s to near 70 both mountains & valley.

The weekend promises to be cooler after a front passes the area Friday. Sat & Sun highs will be around 80 degrees both days with mostly sunny skies.

Have a great Wed!