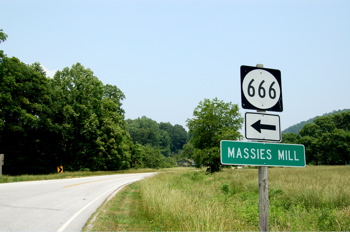 Tuesday was a pleasant day across Central Virginia and Nelson County. Humidity levels were lower and sometimes breezy winds made it feel even cool when the sun was behind the clouds. All in all Tuesday was a great day with plenty of sun just like the scene above as you head into Massies Mill from 56 west. 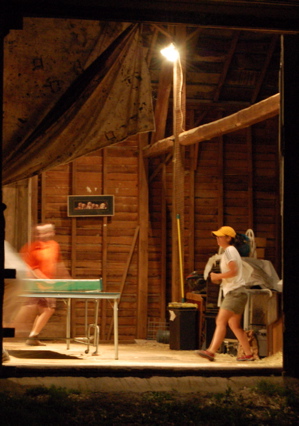 Last night was a really, really pleasant night in Nelson. We had much cooler temperatures, just perfect for a game of barn pong at AM Fog in Afton. We first told you about those guys about a year ago. They get together every Tuesday night and play ping pong in a barn at Ken & Yvonne Harris’ barn. Some of them have been playing for nearly 20 years!

On the current surface map below, a cold front has moved to our east and is bringing in cooler air for the next day or so.
Current-Sat Surface Map

Below, on the National Forecast Map, northern high pressure will influence our weather over the next couple of days before showers work back in toward the weekend. Highs today will be generally around 80 degrees but warming to the lower 90’s by week’s end.
Today’s Forecast Map

*Today will start with isolated showers but turning partly sunny as the cold front exits to our east.
*High temps in Massies Mill, Lovingston, and Schuyler around 80 degrees.
*On the mountains above 2000 feet along the BRP, Wintergreen, Humpback Rocks, Devil’s Knob, and Montebello, partly sunny skies later in the day. Highs top out around 70 degrees. Winds NW 5-10 MPH.