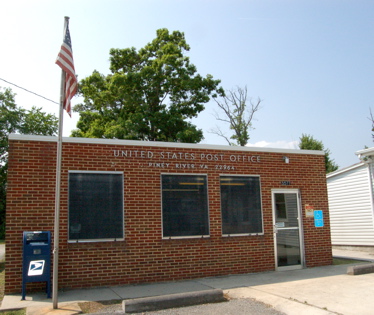 We saw isolated thunderstorms develop Tuesday evening just before dark, though most folks never saw a drop of rain. Most of the storms stayed way south & west of Nelson near Roanoke. Afternoon highs topped out generally in the mid 80’s. NCL-Nelson County Life Magazine reached a high of 87 degrees around 4 PM. NCL-Delfosse Winery & Vineyard, reached an afternoon high of a cooler 84 degrees. In Lovingston at NCL-Tiger Fuel had an afternoon high of 86 degrees just before 4 PM. NCL Wintergreen Nature Foundation was the obvious cool spot with a Tuesday high of 73 degrees around 3:30 PM.

On the current surface map below, the cold front that pushed through our area over the past 24 hours is basically washing out and going away. High pressure controls our weather over the next 36 hours, with only very, very isolated chances for a t-storm later today. Best chances are late evening.
Current-Sat Surface Map

Below, on the National Forecast Map, high pressure keeps us mainly dry, but a new system promises more organized storms by the weekend with a chance for severe weather possibly on Sunday. The weekend still has ample sunshine, but there will be better chances for storms.
Today’s Forecast Map

Today look for sunny skies this morning with partly sunny skies by afternoon. Some widely isolated thunderstorms may develop this afternoon, but the majority of them should be south. High temps in Piney River, Martin’s Store, and Tyro will be around 87-88 degrees. On the mountains above 2000 feet along the BRP, Wintergreen, Three Ridges, Devil’s Knob, and Montebello, look for partly sunny skies with isolated thunderstorms in the evening. Highs top out around 73 degrees. Winds will be SE around 5 MPH becoming east. Tonight any thunderstorms that do develop fizzle out by midnight and skies becoming partly cloudy. Patchy fog by Thursday morning in areas that do see some showers. Lows valley around 63 degrees. On the mountains overnight lows of about 65 with the scattered clouds. Winds SW 5-10 MPH.

Thursday mostly sunny and warmer Highs near 90. On the mountains look for afternoon highs around 83.The extended forecast shows chances for scattered thunderstorms returning by Saturday. Daytime highs Friday / Saturday upper 80’s to 90 – overnight lows generally in the 60’s. By Sunday we cool to around 80 for daytime highs with the chances for scattered thunderstorms continuing.