Today’s forecast is brought to you by Garden Trade Nursery & Garden Shop We told you about the snafu yesterday on their ad in the June issue of NCL – saying they were closed when in fact they are very much open. So, to make it up to them, they get to be our first weather sponsor over the next month. We hadn’t planned on opening that up to advertisers for a bit longer, but this seemed like the perfect occasion to debut and let them have it!

We’re glad to have Garden Trade as our first weather sponsor over the next month! Welcome!

Good Memorial Day to everyone! 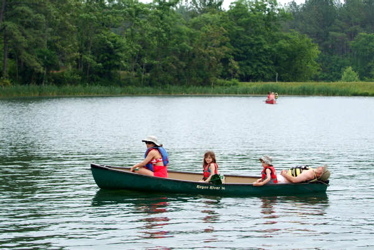 Let’s remember first and foremost the only reason that most of us can have this holiday off to relax and play is because of the folks in the armed forces that have given their lives for our own country. Lot’s of people think it’s corny, or even roll their eyes when you start talking about this. Not us. We know how much the men and women in the in the military have done in the past, and continue to do today so the rest of us can enjoy our life here in the United States. At some point today while we’re raising a glass, cooking out on the grill, riding the ski boat at the lake, or taking a swim, remember why we really celebrate this day.

And speaking of the weekend, what a great holiday weekend it has been so far. If you haven’t looked around on our website under the recent posts, check them out to see the events that have taken place. It’s on your left under recent posts. Or just click the highlighted link in this paragraph.

Generally speaking this Memorial Day weekend has been near perfect. We have seen some isolated thunderstorms pop up here and there from time to time. But most people never saw any rain for the entire weekend. Today we’ll begin to see more scattered thunderstorms across the area, especially this afternoon as we get the peak daytime heating. Almost everyone made it into upper 80’s or near 90 Sunday as ample sunshine warmed things quickly. Here at NCL-Nelson County Life Magazine we reached a high of 89 degrees around 12:30 in the afternoon. Would have easily made it to 90 but those isolated thunderstorms kept the temps just under 90.

Upon the mountain NCL-Wintergreen Nature Foundation at Devil’s Knob, we showed a high temp of 87 degrees briefly on Sunday around noon. I do think that sounds a bit high for them, but even higher elevations got very warm yesterday, so it’s not out of the question.

On the current surface map below, high pressure off of the eastern coast still controls our weather, but it is finally losing it’s grip and beginning to drift away over the next 36-48 hours. A cold front to our north will be our next weather maker.
Current-Sat Surface Map

Below, the cold front mentioned above gets closer to us, it will stall somewhere in our neighborhood for the next couple of days. With it close by our chances for afternoon thunderstorms increases to about 50% for the area today.
Today’s Forecast Map

We are in the slight risk area for severe thunderstorm development later today.

Today look for mostly sunny skies in the morning with scattered thunderstorms developing this afternoon. Some of these storms could become severe later in the day. High temps in Nellysford, Beech Grove, and Lovingston will be around 88-89 degrees. On the mountains above 2000 feet along the BRP, Wintergreen, and Montebello, look for sunny skies early with thunderstorms in the afternoon. Highs top out around 80 degrees. Winds will be west around 5-10 MPH, except gusty near thunderstorms that do develop. Tonight look for thunderstorms scattered around the area and mountains, with most of them dying out by midnight and skies becoming partly cloudy. Lows valley around 65 degrees except where rain hits, a tad cooler there and look for patchy fog in any areas where rain has fallen. – On the mountains mild overnight lows of about 65-66 as well. . Winds will be NE 5-10 becoming NW after midnight.

If severe weather does break out, remember to come back here, we’ll have all of the latest watches, warnings and coverage of anything affecting Nelson.

Have a great Memorial Day!