I was talking to Sue Bernard the other day when I was at Spruce Creek Gallery and she mentioned the gallery would be featured in several upcoming magazines, some national. About two weeks ago Spruce Creek was one of the many stops on a tour organized by the Virginia Tourism Corporation. It was part of the Central Virginia Media Tour promoting art galleries and antique shops across Central Virginia. “It’s such an honor,” says Sue. “This is a real treat to be featured in several magazines across the country. It brings such positive attention to Central Virginia and Nelson County,” she continues. 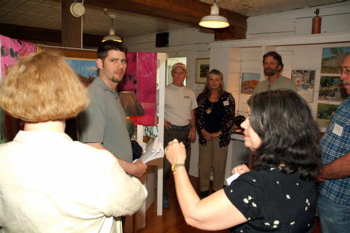 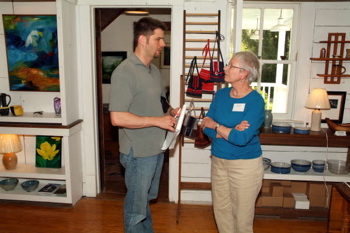 Sue tells us the schedule for the writers and photographers included an 80 page itinerary of information and stops along the way. The articles will run in a future issue. We’ll let you know when we know!
TS