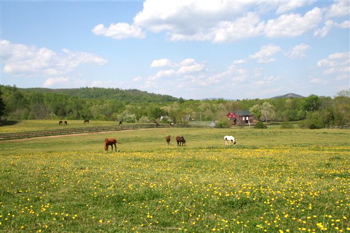 Good Monday to everyone,

What a beautiful weekend here in Central Virginia! Don’t believe it, check out the picture above sent to us by Elaine & Henri Weems. This was a scene from over at Rodes Farm. Look at the brilliant flowers and the skies! Thanks for sending that our way. And remember if you have a great pic you think would be nice to include here in our weather updates send it on to: weather@nelsoncountylife.com

We had a great weekend covering events here in Nelson over the weekend. We did our first ever NCL live blog from Wintergreen Winery’s 14th anniversary celebration. 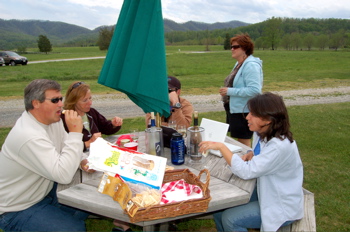 Above our friends Bruce & Deb Flight from Richmond / Stoney Creek joined us. Was a great afternoon and as usual Jeff & Tam were excellent hosts! Congrats on Wintergreen’s 14th! I say 14 more!

Weather today will be even better than yesterday. Local satellite shows some thin clouds drifting in from West Virginia, but nothing serious and we will see plenty of sun today and temps warming into the mid 80’s valley & near 80 mountains. Winds will still be a little breezy from time to time westerly with gusts up to 25 MPH. Tonight will be mild with temps in the mid-50’s valley & mountain. Northerly winds will go light around 5MPH later into the night.

Tuesday we see a repeat of Monday with partly cloudy skies and temps in the mid 80’s again. Winds do shift more southerly Tuesday increasing to around 20 MPH by the end of the day. That will bring in some gulf moisture so it will feel a little warmer with increased humidity. At Wintergreen, Montebello, Afton Mountain, Schuyler, look for temps a tad cooler with highs in the upper 70’s – winds about the same. Tuesday night we go mostly cloudy with a chance for a shower transported in on those southerly winds. We might even see a thunderstorms here or there.

Wednesday we go back partly sunny with temps slightly cooler in the upper 70’s. As we head toward the end of the week we are cooler with highs in the low and mid 70’s but still a pleasant week ahead. No real organized storm systems in view other than the little “fly” Tuesday night.

This would be a great week to plant a tree….mmmm we did on Sunday.
Here Ken Harris from A.M. Fog digs up a beauty of a red maple for us. We transplanted it on Sunday. 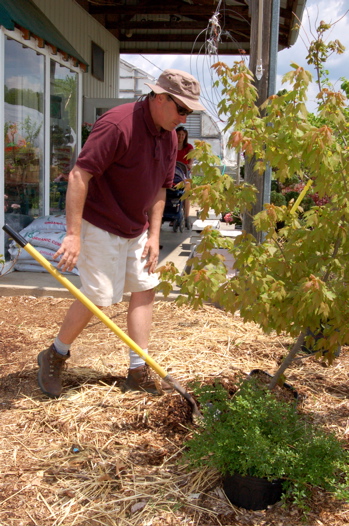 And not to be outdone, his wife Yvonne and their newbie daughter Olivia had to supervise on such a beautiful day! 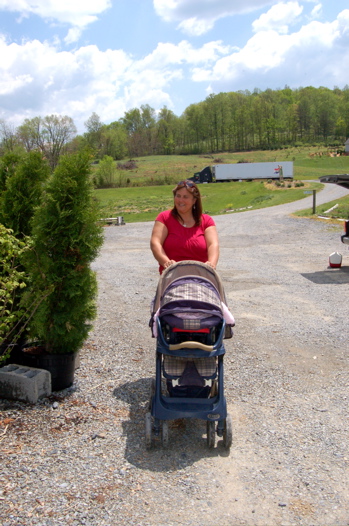 Was a great weekend to be outside and this week will be equally as nice!

Enjoy and have a great Monday!
-T-